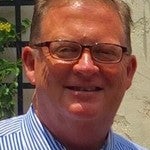 Lindy Woods attended Baylor University earning a business degree in finance and insurance.  Initially working in the Savings and Loan Industry, Lindy earned his MBA in the evenings from Texas A&M, Commerce. He earned his law degree from the University of Tulsa.  He is currently a member of the State Bar of Texas and the Dallas Bar Association and is admitted to practice in the U.S. District Court for the Northern District of Texas and has also practiced in the U.S. District Court for the Western District of Texas.

Throughout his twenty-five plus years of practicing law Mr. Woods has worked for law firms, been a sole practitioner and served as the solo captive counsel for a county mutual insurance company.

The last fifteen years Mr. Woods has focused on building his criminal practice. The criminal side of the docket has afforded him to be in the courtroom on a daily basis handling cases ranging from misdemeanors to first degree felony matters.

A lifelong Texan has produced a love of Texas Country Music. As a result, “Woody” has developed strong relationships with many of the stars of the Texas music scene both in Dallas and Austin.  As an active member of TESLAW he has been able to help many of his band clients with the “business” side of the music industry.

His litigation practice, both commercial and insurance defense, literally covered the entire state of Texas. Cases have ranged from the simple car accident to complex asbestosis/silicosis matters.  He has also defended numerous businesses in matters relating to product liability, premises liability, business interruption and wrongful death.

Thank you for contacting us. We will get back to you shortly.

Please complete all required fields below.

The Law Offices of William A. Pigg, PLLC Is Here for You

At The Law Offices of William A. Pigg, PLLC, we focus on Criminal Law, Family Law, Estate Planning, Civil Law, and Business Law and we are here to listen to you and help you navigate the legal system.

The Law Offices of William A. Pigg, PLLC is committed to answering your questions about Criminal Law, Family Law, Estate Planning, Civil Law, and Business Law law issues in Texas.

We offer a Free Consultation and we'll gladly discuss your case with you at your convenience. Contact us today to schedule an appointment.